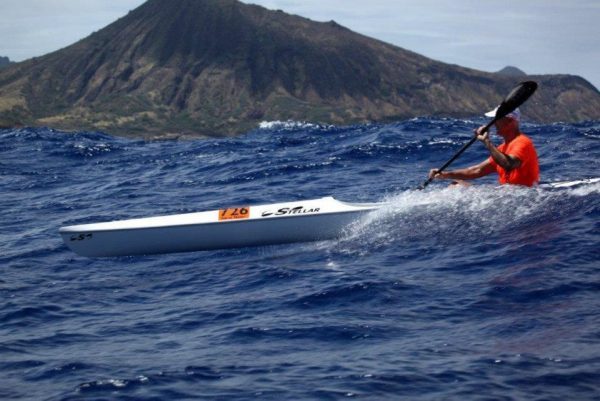 Breathing has been described by one of the World’s top sports doctors as the last unchartered frontier of exploration for sporting performance, and has certainly started to attract more attention of late, with increasing amounts of research stating to support the evidence for breath training. In fact, the Trek cycling team has just employed a breath coach to work with their professional cyclists.

One of the reasons we started to pay attention to breathing as a modality for improving performance was from the fact that we know that the average person breathes way below diagnostic norms for breathing – the average person breathes twice as often as we should; using the mouth instead of or in addition to only the nose; using chest and shoulders instead of the diaphragm; and we breathe fa too much volume of air. In other words, we over breathe.

By correcting this dysfunction in clinic and the lab has seen a consistent flow of research and clinical evidence as to the efficacy of breath work in treating ailments such as asthma and breathing difficulties, snoring and apnoea, anxiety and depression, fatigue, headaches and migraines, IBS, reflux and other digestive issues, chronic pain etc.

Similarly, correcting this dysfunction, and enhancing the function beyond norms can offer significant improvements in sporting performance for a number of reasons. By learning breathing in and out through the nose only, using the diaphragm to drive breathing you will slow down the rate and volume of breathing at any level of exercise, and will offer the following benefits or advantages:

2. Increased oxygen delivery to cells, and therefore, energy production – based on the principles of the Bohr effect (as reduced rate and volume of breathing increases blood CO2 and therefore delivery of O2 to cells – see previous videos of mine at my ‘Tim Altman’ Youtube channel or blogs on www.timaltman.com.au. Or my book, ‘Breathing Dynamics’). We have found that you can learn to breathe with nose only during exercise up to about anaerobic threshold (or roughly 90% of max heart rate). But it takes time for the brain to accept higher levels of CO2 – so be patient.

3. As a result of increased O2 delivery to cells, lactic acid onset is delayed.

4. Potential buffering of lactic acid by increased CO2 – as it can be converted to bicarbonate as well as carbonic acid.

7. Reduced heart rate during exertion resulting in further efficiency benefits – because, of all of the automatic functions in our body (controlled by the autonomic nervous system – ANS), breathing via the diaphragm is the one function we can consciously control with ease. As such, diaphragm breathing at a reduced rate, will influence the ANS and lead to reduced heart rate (via increased parasympathetic enervation).

8. Quicker recovery between intervals – due to increased breathing efficiency, and increased parasympathetic enervation.

I’ve used these methods when paddling and finished top 10 twice in the Molokai World Surfski Championships, despite being in my late 40’s. I nose and diaphragm breathed throughout and my experience was that, once I settled into a comfortable reduced breathing pattern, I felt fantastic, and relaxed, so was able to accelerate in the last half to two thirds of the race – something that was not typical for me previously.

If you would like to learn how to breathe more efficiently during exercise to hold your breath for longer, improve performance and recovery, increase relaxation and enjoyment of sport, and improve overall health and well-being, contact me at tim@timaltman.com.au or phone 0425 739 918 to discuss or make an appointment. I work one on one, with groups or online.

Here’s the video from the fantastic article I linked in yesterday’s blog on the cyclists who attempted to an ‘Everesting’ at the foot of Everest itself. I was happy that the small role I played in training the cyclists to breathe more efficiently to aid in acclimatising to altitude, to recover from exertion and to relax, was of some help in their mission..

Worth taking the time to watch this video – not just for the adventure. The scenery is incredible. 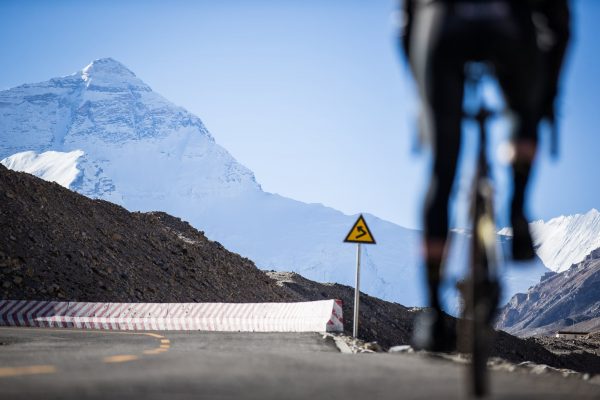 Breathing For an ‘Everesting’ Cycle Mission

Linked below is a fantastic article and video by Andy Van-Bergen from www.cyclingtips.com on a road trip he took to base camp at Mt Everest at an altitude of 5,000m to attempt what has now become known in the cycling world as ‘Everesting’ – to climb the equivalent of 8,848m — the height of sea level to the summit of Everest — in one ride.

Andy’s desciption of this task sums it up:

“Doing a regular Everesting is hard enough — 24 hours spent riding up and down the same road is beyond taxing, both physically and mentally — but doing it on the approach to Everest itself would take things to the next level.

The temperature would range between 8 degrees and minus 5, the cold air rolling down the North Face would all but ensure we faced a block headwind as we climbed, and the effect of high altitude would be an unknown factor we would struggle to simulate and prepare for. After all, there was no precedent for endurance cycling at high altitude that we could find.

In short, it was clear that we had found ourselves an adventure.”

As a part of their preparation they trained regularly at Melbourne Altitude Training using the Wattbike-equipped altitude chamber which replaced oxygen with nitrogen, as well as adjusting humidity to simulate a height of 5,000m (at 11.5% O2).

It was via Oz Begen of the Melbourne Altitude Training that I met Andy and Matilda (two of the three cyclists attempting this gruelling and pioneering task).

Training at altitude has benefits of helping the body acclimatise to low oxygen environments, making it more efficient at taking up oxygen into the bloodstream. At lower altitude the body then maintains this increase efficiency at up-taking oxygen into the bloodstream for a period of time. Athletes from many sports have found benefits using altitude training over the years, and many research studies have validated these benefits. In fact, many professional athletes and clubs have invested in altitude training facilities at their training venues.

However, whilst increasing blood saturation of oxygen certainly has benefits, being able to deliver the oxygen into the blood stream more efficiently will further increase these benefits – and this is where breathing retraining comes in.

I had only 2 weeks to train with Andy and Matilda, so I couldn’t teach them to effectively nose and diaphragm breathe whilst riding at higher levels of intensity, however I could teach them techniques that would facilitate their recovery and help them relax.

The diaphragmatic breathing rhythms using the nose help athletes to return to resting heart rate more quickly after exertion (so they can exert again sooner, and/or more efficiently when they do exert again). In addition they help to use more of the lung volume for gas exchange, deliver oxygen to the cells for energy production more efficiently (which also means they delay lactic acid production), and relax the nervous system, increasing parasympathetic nervous system enervation.

Whilst the mission they undertook proved too difficult, the techniques learned did help them out along the way. Here are a few excerpts from the article illustrating the training and benefits:

“We also used the sessions to work on our strength and recovery breathing techniques with our respiration coach Tim Altman. The recovery breathing felt like a structured version of meditation, with a simple 5 second inhale, 2 second hold, 10 second exhale. It took a few minutes to get on top of following an effort, but was calming and relaxing.

The strength training to build lung capacity was genuinely terrifying in whatever form it took, and there were many forms. While riding at altitude in the chamber we would perform 10 second maximum effort sprints while clamping our nose and mouth shut. We were given ten seconds recovery, followed by another 10 second sprint and so on for blocks of two minutes. Usually by the third or fourth rep things were far beyond uncomfortable. These blocks were then finished with a coached breath hold. At around the one-minute mark convulsions would start to set in, and all the while Tim was gently telling us to fight through it.”

“The training certainly seemed to help. A few weeks in and I was feeling stronger than I had in years. I was on every supplement known to man (well, the legal ones anyway), the respiration coaching we’d been doing with Tim Altman was finally starting to kick in, and I even scheduled in a Zwift ‘virtual Everesting’ before we were due to leave. I felt as prepared as I could, considering I had no idea what to expect.”

“Walking up the gangway while lugging 20kg of ‘carry on’ a strange sensation of dizziness and the sound of rushing blood in my ears combined with a noticeable breathlessness. We shot each other panicked looks. Gone was the banter, replaced by fear. As we stood waiting for our bags we reminded each other that a big part of this initial feeling could be attributed to anxiety, and we knew from our training that this could be controlled with our breathing. Sure enough, in the time it took to arrive at the hotel we were on top of things again, and had almost forgotten about the altitude. This was to be the pattern we’d follow for the next two weeks. A seed of a thought could easily grow into breathless anxiety, only to be controlled with breathing.”

“Tim Altman’s respiratory recovery came to mind. I flipped on some jazz, closed my eyes, and spent the next ten minutes performing breathing exercises. I wasn’t back above 80%, but I felt like a different person, and it only took one mention of the switchbacked descent to come to have me out on the bike again.”

It’s a enthralling read and a fantastic video, scenery is simply breathtaking. I highly recommend you both read and watch. And huge thumbs up to Andy, Matilda, Shannon and the team for attempting such a monumental, unchartered challenge. Super impressive. What an adventure.

If you would like to learn more about breathing for sporting performance, relaxation, health and well-being, or assisting in acclimatisation to altitude, then feel free to email me at tim@timaltman.com.au or call +61 425 739 918.