Nose Breathe Your Way to Energy and Health

We Are Designed As Nose Breathers!!

In using the word ‘designed’, I am not talking about a grand design in a religious or spiritual sense. I am using this term to describe the outcome of factors that have contributed to how our bodies are both constructed and function, optimally. These factors are the evolutionary influences (environment etc.) that, over a million years and more, have led to us being what we are now.

As such, the respiratory system is designed for us to breathe through or nose (see diagram) via the following mechanisms: 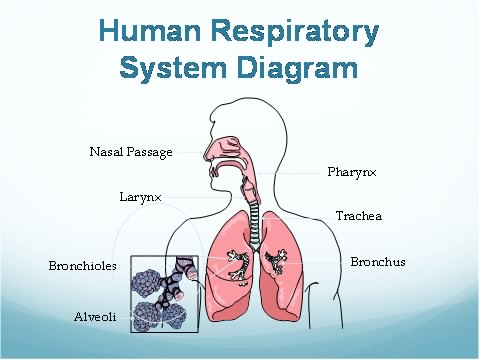 If we breathe regularly through our mouth, we by-pass the above processes leading to:

Moreover, we breathe up to 6 times the volume of air in, and subsequently out, when we breathe through our mouths. The deleterious effect of this is that it washes out the reservoir of 6.5% end-tidal (after exhalation) CO2, therefore disrupting our ability to achieve the optimal pH in arterial blood (7.35 via 40mmHg of CO2) required for optimal oxygen release into tissues (based on the mechanics of the Bohr Effect discussed in my last blog).

This means that mouth breathing if far, far less efficient than nose breathing, resulting in reduced energy production, and it can contribute to many common ailments.

Most people mouth breathe far more than they are aware of – especially at night when they are sleeping, which significantly reduces the quality of their sleep and energy levels the next morning.

Mouth breathing is a very obvious example of over breathing. Other examples include sighing, yawning, coughing, snoring, talking too quickly, laughing and yelling.