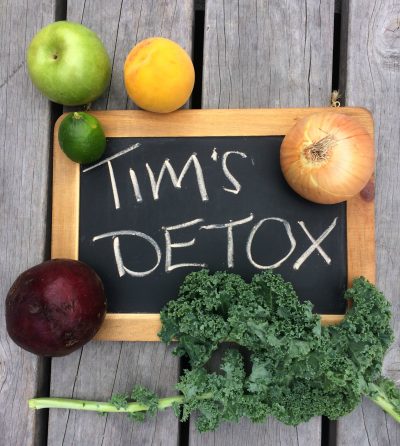 The following quote came to me as a text message less than a week after she started a program combining intermittent fasting with blood sugar regulation.

“I FEEL AMAZING. I woke up after my fast day and my skin is glowing and I have so much motivation and energy. Oh my goodness, I’ve never felt this good.”

So, we introduced intermittent fasting in combination with regulating her blood sugar levels (during non-fasting periods) as a way of changing her eating habits, creating permanent weight loss, and allowing her body to regulate rest and cleanse itself internally.

I am also monitoring her body composition, inflammation levels and energy production via bio-impedance testing. It was clear on the initial test that, whilst she carries too much body fat, her muscle mass is also quite deficient (which will ultimately mean that it will be harder for her to burn fat, and have consistent energy levels). So we also recommended that she do regular resistance training along with regular protein in her diet to improve muscle mass.

From the above, it seems that it is ‘so far, so good’.

I saw her a week later and her skin is much clearer, she had lost fat, her energy was great, her disposition much brighter, and her attitude was much more positive.  As is so often the case, her body responded extremely well to her regular short one day (or 36 hour) fast, combined with keeping blood sugar levels regular, and some minor fasts during the week (akin to the 16:8 program).

She is not clear yet. These are only the early stages, However, the changes we have made have stimulated the necessary internal improvements we are seeking. Persistence and consistency will be required to continue these improvements, and maintain them long term.

But, for now, it is great that she feels so positive, and that her skin and weight have responded so well.