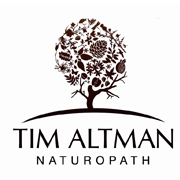 Recently I was interviewed on the subject of breathing for health and well-being by a former client, Joel Spry, who overcame IBS and chronic fatigue syndrome (CFS), on his Saturday afternoon session on ABC Radio National.

We combined breathing retraining techniques and Mickel Therapy to treat Joel, and he applied everything with openness and enthusiasm (along with some trepidation initially, which is expected), and fully earned the full recovery he achieved.

It was a pleasure to work with a client who was very inspiring in his openness and application to his treatment.

And now he is working on national radio!! Woohoo.

Here is the interview..